Active Modules in War Robots Update 4.6
Detailes on Modules by Pixonic Developers.
Active modules give you new active abilities. To use them modules require special charges that you can acquire from many sources 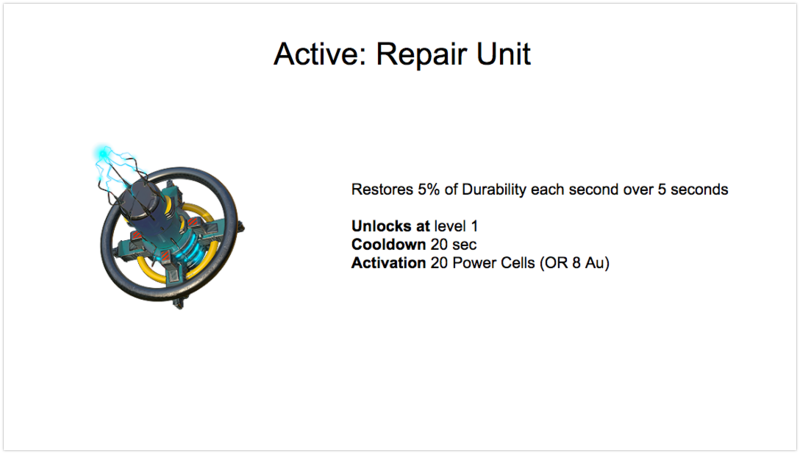 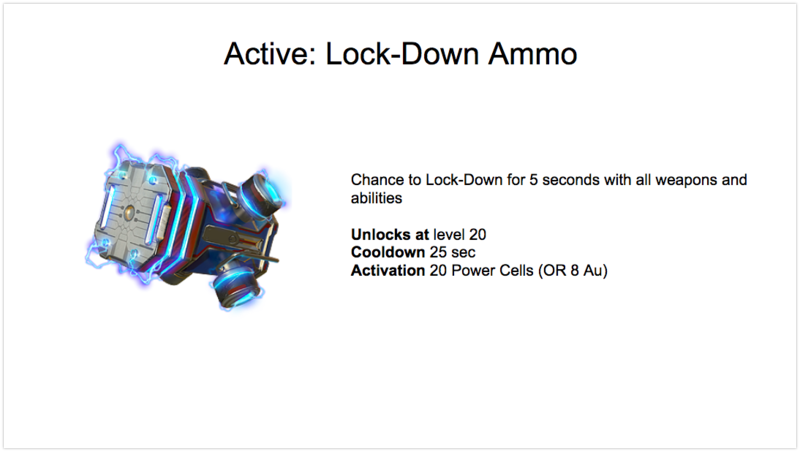 a lock-down chance is based on a weapon you're using the module with. For quick-firing or multi-particle weapons, the chance is lower but every bullet/particle can lock-down
Shocktrain locks down only the first target hit
explosive weapons can lock down every target hit, but the chance goes down for every affected target for every rocket 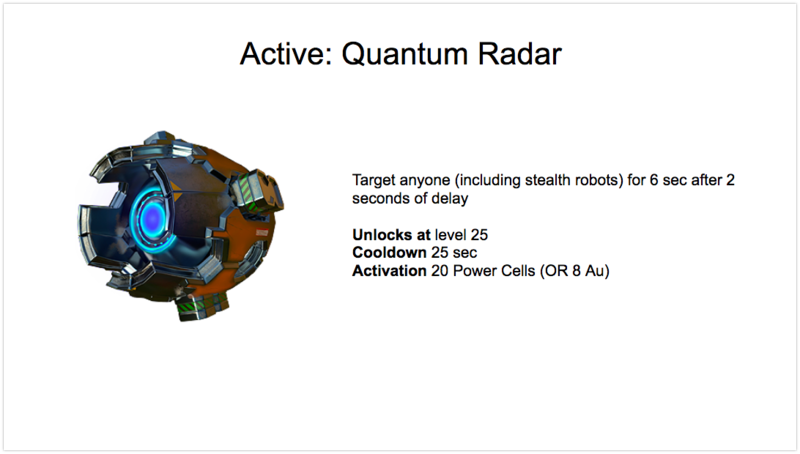 [Q] How do you decide what slots a certain robot has?

Beginner robots (Destrier, Cossack) have 1 passive slot. Then we keep adding more as you progress through robot tiers.

We use the concept of robots tiers internally to balance robots — they represent where robots currently are within the metagame. There are plans to show tiers in the game, so you can clearly see the progression curve.

[Q] How do I know what Modules the enemy robot has?

You can see an icon over their heads when the module is active. Some modules, like Quantum Radar, have a delay in activation, giving you a window to react and avoid their effect.

We plan to implement other forms of indication. In fact, we have a plan for updating and improving the modules experience for months to come.

[Q] When to expect new Modules?

We plan to release the next 2-3 of them in April.

[Q] Once modules are live, will older robots have modules on them as well?

All robots have basic Armor Kit or Nuclear Reactor modules equipped by default.

[Q] What is the specific benefit the modules give to the meta-game?

In short: more options. When there's a dominant meta, players should have all the tools they require to counteract it. Modules provide them with these tools.